The Effects of Saturn in the Houses

Saturn (Shani, Manda) through the Houses

According to Brihat Parasara Hora Sastra, Saturn is lame—representing our weakness—but he also reminds us that success is still possible with extra effort.

Saturn indicates loss, an obstacle, or a delay and causes one to cling to things of that house. One may fear losing what the house represents; alternately, he may appreciate those things. When a person persists through fear, the best indications of the house may come to satisfying fruition.

Associated with Aries and Mars (an enemy), the first house represents self (and self-awareness/ego), personality, behavior, physical health, and appearance. It signifies the head, birth, and early childhood and direction of one’s path.

Saturn lends a tall, dark, lean physique. He has stamina, endurance, stoicism, and a tendency toward negativity. He is a realist, pragmatist, and acts conservatively and with measured timing, not impulsivity. His first impression may be off-putting, aloof, stern, cold, and detached and he may suffer from coldness, immune system or fascia issues, or impotence. In poor dignity, he may be fearful, selfish, jealous, and insecure. With better dignity, he has patience and diligence, reliability, clear thinking, and consistency.

The second house shows resources: how we earn, self-worth, and family happiness. It indicates very early childhood, speech, the face, truthfulness, and appetite. It is associated with Taurus and Venus (a friend).

Saturn here indicates frugality with resources, difficult early childhood, delays in speech. The native has an appetite for dry or cold things. He works hard, is a manual laborer (Saturn rules the karmendriya of the hands), works with stone/brick, old, or dead things. In poor dignity, he lacks motivation (Saturn=tamas). Fear and feeling worthless and undeserving may keep him from enjoying resources for fear of not having enough.

Associated with Gemini and Mercury (a friend), the third house relates to brothers/sisters (peers, neighbors, friends), communication, short-distance travel, fine arts, arms, hands, nervous system, and the early school years. This house signifies courage/bravery, adventures, organization/management, detailed work and indicates what a person likes to do and his natural skills and talents. This house rules desires.

Saturn indicates an interest in old things. With good dignity, it shows work with attention to detail. Through the jnanendriya of touch, Saturn in good dignity shows potential as a potter or sculptor. With perseverance in effort, there is success. In poor dignity, there are awkward interactions with siblings/peers (Saturn lacks kapha/ability to receive), difficulties in early life, and delays and obstacles in short travel. He may have executive function issues and may be distant with siblings and peers.

The fourth house relates to Cancer, the Moon (an enemy), and mother. This house signifies emotion, emotional environment of the home, and parents, as well as education and general satisfaction. It relates to fixed assets, houses, boats, vehicles, things below the earth, and the chest region. It also signifies endings, including end of life. 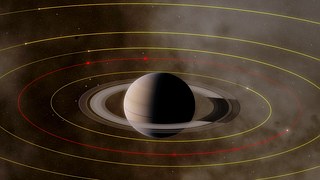 Saturn in the fourth house is (literally) out of its element. Where emotion is expansive, Saturn constricts. Emotion and the moon are watery; Saturn is dry. With Saturn in the fourth, one may be a dutiful child, but her relationship to parents improves with time. Childhood may be cold or oppressive. The home and vehicle may be old and spartan. There may be obstacles to education. In positive dignity, he finds success in real estate, antiques, or vintage cars. Success comes from things below the earth, like mineral rights. In negative dignity, houses have problems with radon, etc.

The fifth house, connected to Leo and the Sun (Saturn’s father and an enemy to Saturn), is about creativity and children. Where the sun is warm, giving, and expansive, Saturn is cold, dry, isolating, and astringent. The fifth house represents romance, intelligence, business, sports and games, and spiritual education.

Saturn teaches that through surmounting obstacles and enduring delays, one evolves to a spiritual man, so in good dignity, one has potential to build a strong spiritual practice and grow. Saturn’s association with old things suggest that religion may have appeal. Saturn gives the entrepreneur endurance to stick with ups and downs. It gives fortitude to build skill and consistent practice to become a great athlete. In poor dignity, one has distant, cold, dry relationships with children (lacking trust), natives feel uncreative, are unromantic, and have a dry spiritual life. The person may see everything in a negative light.

Connected with Virgo and Mercury (a friend), the sixth house represents health and service. It is the house of enemies/competitors, a house of debts, and a house of disease. Food, nutrition, and diet are also related.

Virgo is about service and Saturn is about duty, so naturally, they are aligned. In good dignity, one finds satisfaction in service. One may work with health; as a thorough and precise auditor; or as a volunteer. She may also work in food service. In poor dignity, one experiences vata-type health issues with constipation (Saturn=manda) and dryness, the nervous system, and connective tissues. This person could “miss the forest for the trees” by getting too caught up in details. There could be debts and lawsuits.

The seventh house is related to Libra and Venus (a friend). It’s the house of the partner, (business or love) and friend, and the kidneys. According to The Art and Science of Vedic Astrology,  it “…shows qualities we tend to underrate or deny in ourselves, but appreciate in others or even project onto others…” It indicates residence in foreign countries, the kidneys, lower back, veins, and loins.

In good dignity, Saturn helps one ride the waves of a relationship. He may cherish his partner. Relationships improve with age. He may be a dutiful partner. In poor dignity, he may be clingy and fearful of abandonment. He may be unable to receive love. Relationships may be later in life; he may be awkward in his attempts to be romantic (and sexual), and may be stingy with emotion.

Connected with Mars (an enemy) and Scorpio, the eighth house is associated with sex, death, vices, the occult, hidden resources, and longevity. It’s a house of drama—sudden breaks and changes. It deals with other people’s money and represents the hidden aspects of life, including the conjugal bond. Saturn is the karaka.

In good dignity, one works with end-of-life matters, the occult, sex, finances. Life is better in old age. There will be some delays and obstacles but better recovery and longevity in good dignity. Can be good for astrologers. J In poor dignity, there are psychological troubles or financial liability. Better early life. Difficulty recovering from unexpected changes. It can also represent the father or guru.

With an affinity to Sagittarius and Jupiter, the ninth house is concerned with philosophy, religion, morals, dharma (including marriage), and education.

In good dignity, the person is dutiful/ethical and have consistent spiritual practice. She may take pilgrimages/travel to foreign countries. In bad dignity, one can be dogmatic and unyielding and feel out of place in their culture. She can have difficulty following her path and clash with authority/father/guru. She can experience obstacles to travel.

The tenth house is related to Capricorn and Saturn, so Saturn is at home here. This is a house of career, fame, achievement, and one’s public appearance—the impact on the material world.

In good dignity, hard work pays off, the ability to stay the course, sense of duty, and consistency all prepare a person for greater achievement. In poor dignity, she may not make it past obstacles, may have conflicts with authority, and may lack longevity in jobs, thus not gaining in status.

Saturn is in his element in the eleventh house related to Aquarius and Saturn. This house is concerned with larger groups/social involvement, aspirations and goals, and gains. We grow into what is in this upachaya house; whatever is there increases and adds to income.

In good dignity, the stable, patient, consistent qualities of Saturn lead to wealth-building opportunities. One overcomes fears to make the most of his goals and aspirations. Malefics here are positive, but less so. Here, the individual meets lower goals or is tripped up, but carries on. The person sees greater gains as he gets older.

The twelfth house is about liberation and is related to Jupiter and Pisces. This house is about loss (liberation is loss of attachment)—what feels like loss in the material world is spiritual gain. This house relates to restraint, pilgrimages, life after death, self-realization, sexual pleasures, and the psyche as well as places of confinement like hospitals and prisons.

In good dignity, Saturn’s transformation to spiritual man through duty, commitment, and patience take him on pilgrimages to foreign lands or cause (worthy?) expenses. He may spend time in ashrams, hospitals, or prisons. In poor dignity, he uses resources unwisely or suffers other losses (including physical freedom through poor choices or poor health).

Saturn is not just an ominous planet in the chart, but also a teacher. It is through the tenacity taught by Saturn that we move forward emotionally, materially, and spiritually.