How Terrible is Scorpio Lagna? 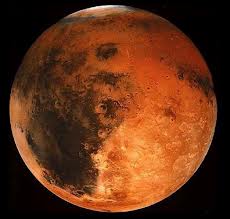 The sign of Scorpio is often seen mostly in a negative light.  However, as Ryan Kurczak points out in his class on Rasi and Signs, “we are built for what we are meant to do here.”  When considering the sign of Scorpio, an emotional reaction may be the first thing we notice – a reaction of fear or apprehension for something dark, hidden, and dangerous.  However, scorpions as animals are not naturally aggressive for the most part – instead, they only become aggressive when threatened.  In the story of “The Scorpion and the Saint” as told by Harish Johari, a guru is crossing a river to meet his disciple on the other side.  He notices a scorpion struggling in the current.  Taking compassion on the scorpion, he picks it up to carry it to the bank.  It stings him several times, almost fatally, as he makes his way across the river; the disciple cries out again and again for the guru to drop the scorpion since it will not even appreciate the effort, but the guru persists.  He makes it safely to the bank and puts the scorpion down, and as it scurries away with its life intact, the guru tells his disciple that the scorpion was following its dharma – it was simply doing what it was built to do, and so was the guru!  Tales like this are very helpful to illuminate the hidden qualities of occult information and to answer such questions as, “what is the deeper nature of the sign of Scorpio beyond that darkness and danger?”  One answer to this question is that Scorpio, the eighth sign, has the quality of inner strength and hidden power, and it has the ability to defend itself against intruders.  These can be very useful qualities to have or to cultivate.

The eighth sign is numerologically connected to Saturn, which, as Johari points out in another of his books on Numerology with Tantra, Ayurveda, and Astrology: A Key to Human Behavior, “rules over the dark side of human nature, such as the conscience (awareness of right or wrong)… [it can bring] wisdom,… sincerity, honesty, love of justice, non-attachment,” and other related qualities.  Through this explanation of the eight, we can see the links to the nature of the animal, the scorpion, which is a metaphor to help us understand the qualities of this sign.  Taking this a step further, Kurczak notes in his class on Rasi and Signs that the scorpion is safe in its hole, but it will attack intruders; this is an internalized energy that focuses on safety and security.  It does not necessarily wish to attack, but if this security is threatened, it will lash out with its poisonous sting or dangerous pincers.  These qualities illustrate the principles of honesty, love of justice, and sincerity noted by Johari.  The 8th can set personal boundaries, and it gives the ability to maintain those boundaries, being honest about when they are crossed unpleasantly and seeking justice (or stinging) if the threat persists.  However, there is another side to these qualities (As Above, So Below!); the eighth is also a sign of deep, internal bonds, of psychological strength and complexity, and of the ability to commit between the stage of courtship, or introduction, and that of full commitment, or total union, as in marriage.  Maybe it isn’t everyone who can form a close, deep, internal bond with Scorpio, but for those who approach gently and who are trusted, Scorpio is a defender and loyal protector.  This is a fascinating sign with much danger and also rich reward.

The Yavana Jataka, an ancient text of wisdom literature, describes the eighth sign as connected to “the penis and anus of the Lord, or the genitals of Time, the Creator,” and as Kurczak goes on to illuminate these thoughts in Rasi and Signs, this is because Scorpio is connected both to excretion of toxins and to healthy procreation.  The anus is a part of the body that expels accumulated toxins; the scorpion can rid itself of danger very effectively with its defense capabilities.  While the eighth may give the ability to remove toxins from others, this sign can also aid in directing poison toward those who threaten personal boundaries.  On the other side of this coin is procreation; returning to the idea of the deep, internal, conjugal bond, Scorpio and the eighth sign connect to the part of life where one has clicked with another person romantically and is building a partnership.  Most people seek safety and security in a relationship once it has been established so that they can go on to the next phase, which is the long-term commitment and partnership of life with another person (the realm of the ninth sign).  This is why Scorpio’s connection to the penis and anus make sense; one simply can’t be expelling all the time; there has to be a give and take, and the conjugal bond is the complementary part of this complete picture of the eighth sign.  For this reason, it is very beneficial for astrologers to be able to explain to people that Scorpio, and the eighth sign, are not simply indicators of darkness and danger – those things are there for a reason, but the other side is the reward of loyalty, honesty, sincerity, and a true friend or partner who defends and protects those they love and trust.

Going beyond the personal qualities of the eighth sign, the Yavana Jataka also mentions that Scorpio is connected to “caves, pits, holes, poisonous and stony areas, prisons, the abodes of ants, worms, boa constrictors, and snakes” (qtd. in Kurczak, Rasi and Signs).  These places again connect to the idea of deep psychological states and possibly of trauma.  The eighth sign is on an axis across from the second sign, Taurus, which deals with early childhood, so if there are negative influences there, then when the person reaches the stage of life where they are grown up enough to be ready for a partner of their own, this early childhood trauma can cause internal and external tension in relationships if the person has not worked through them.  Also related to this type of interpersonal connection is the idea of boa constrictors and snakes, which represent energetic connections to other people.  If a person with strong Scorpio influences within their chart is unblocked and untroubled as far as love and connection to others, then the energy between them will flow more easily, and they will not feel compelled to “sting” so often – in other words, because they feel secure and comfortable within themselves, it will be easier for them to relate to other people and form bonds with other people.  Conversely, connections to other people can be uplifting and supporting, or they can be draining and depleting; if the former, Scorpio will emanate loyalty and trust, and if the latter, then a poisonous sting from the tail or a chomp of the pincers may be in order to rid the energy of toxicity!

All signs correspond to certain planets and therefore to certain chakras within the body, and Scorpio is connected to the rear portion of the third chakra.  This chakra deals with becoming stable and receptive, of resting after the outward endeavors accomplished in the seventh sign of Libra (which relates to trade and making deals), and of accumulating energy for the path ahead.  As the scorpion retreats to its hole and remains there for a time, so the eighth sign brings the quality of remembering things, and possibly of holding grudges for a long time.  After the harvest of all the karma that has been worked through in the previous signs, things are now being realized; they are being either stored up, as with the memory or grudge, or they are being released, as with the expelling of toxins discussed previously.  The person is storing up creativity, power, and sexual energy or fluids in order to be ready to send forth these forces into a new phase of life as the wheel of fortune turns and the signs march on.

Another text of wisdom that discusses Scorpio is the Jaimini Sutras.  This text mentions that the eighth sign “deals with demons, frigidity, creeping animals, snakes, deprivation from the mother’s breast, abandonment, laying aside, insufficiency, and non-existence” (qtd. in Kurczak, Rasi and Signs).  This quotation shows a contemplation on the more commonly known and much darker aspects of Scorpio; if ill-favored, then the eighth sign will have some pretty difficult internal problems to work through.  This sign represents our inner sense of strength and security; if we are plagued by unresolved trauma, that internal state could feel like the qualities associated with demonic possession.  If we do not feel secure within our own bodies, for any variety of reasons, but most likely from childhood trauma, then sexual connection and experience can be very difficult because the required level of comfort and safety are missing, making sexual enjoyment unlikely or even impossible.  In spite of these challenging qualities, if the eighth sign is influenced by friendly planets or other factors, and if the person in question works on cultivating the more gentle and helpful aspects of the sign, then Scorpio can be an omen of great strength and of hidden treasure, intellectually, emotionally, and spiritually speaking, for those who approach with respect and kindness.